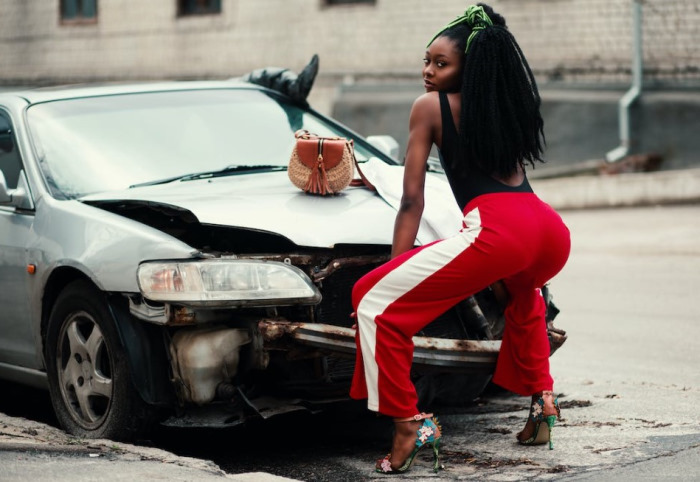 People have a lot of opinions about provocative dances like twerking. Some of them are good, some of them are bad. But generally, everyone can agree on one thing … and that is the twerking dance is extremely popular today. Go to any festival, concert, or popular event and you’ll at least find one person doing it.

But have you ever wondered about where this dance came from? Or did you know that the twerking dance can actually be a healthy sport for you?

No worries, we’ll tell you all about it in today’s article!

What Is The Twerking Dance?

Twerking originated in New Orleans in the 80s, back in the day when bounce music was super popular among the local club-goers.

The dance usually involves a person (usually female) dancing to music with strong bass in an up and down bouncing motion. This motion is focused mostly on their hips and buttocks areas, which shake vigorously.

Twerking has become increasingly popular in pop culture since the late 2000s and has become a viral dance today. People can twerk to just about any kind of music these days and not just exclusively bounce or bass-heavy songs.

So long that it’s upbeat and rhythmic, someone can twerk to it!

Although the dance’s history stretches back to the 80s and 90s, it was mostly an “underground” dance that’s popular among hip-hop enthusiasts and communities … until now.

Thanks to social media, everyone knows about the twerking dance. Ask any young person, and they’ll probably be able to bust it out without music!

But when you look into the history of twerking, the dance’s origin went way back … even beyond the 80s. In its oldest incarnation, twerking is believed to have originated from West African dances such as Mapouka and BumBum.

Those dances often involved bending forward and shaking the rear end of the dancer (like the hips and buttocks) to generate vibrations that seduce the audience.

Who started the twerking dance?

Like most street dances, the true origin of the modern twerking dance is difficult to trace. We didn’t find any records or documents that specifically told who was behind the twerking dance.

What we do know, though, is that in the U.S., the dance first appeared in New Orleans in 1993 and was danced on top of bounce music, which is a musical genre popularized by local New Orleanian rappers, like DJ Jubilee and Mr. Go DJ. So, these two could be seen as the first people to bring the twerking dance to the public.

Since it had its roots in bounce music and was intimately tied with the city of New Orleans, twerking was used (and is still used today) as an expression of pride for New Orleanians.

Why is it called “twerking”?

The word combines “twist” and “jerk,” indicating how you twist your body while jerking it up and down exaggeratedly.

In 2001, rap superstar Missy Elliot released her iconic single Get Ur Freak On, making it one of the first pop cultural mentions of twerking language worldwide.

After that, other international stars like Nicki Minaj and Rihanna began featuring twerks in their music videos. This set off a popular wave across America. During her 2013 VMA performance with Robin Thicke, Miley Cyrus even twerked on stage!

This huge trend is why many popular music videos released around 2013 have twerk dance sequences. And other than marking the peak of this dance form in the public consciousness, these videos help introduce young people to twerking and solidify it as a serious dance form rather than just a trend or fad (like the Harlem Shake).

There are three twerking “styles” (or twerking dance moves) in total. If you want to practice this dance, then we highly recommend you to read and learn them all!

None of them are difficult and you should be able to get the hang of them in less than a day of practice.

The squat and shake twerk

As the name suggests, this style combines two different motions: squatting, then twerking.

Start in a slight squat position with your backside facing outward and your chest pushed forward. If you feel a little bit too imbalanced in the squatting pose, you can stabilize your body by placing your hands on your knees and rebalancing your center of gravity.

Ready? Push and thrust your buttocks outwards and upwards to the beat of the music! Shake it however you like, including wiggling around, left, right, up, or down. So long that it’s to the rhythm of the music!

Twerking with hands on the ground

Lower your center of gravity and ensure your legs are spread parallel to each other.

The hands should then firmly be placed on the ground. If your back can’t bend too far forward to get your hands on the ground, then you can just position your hands so that the fingertips make contact with the surface.

From that point, pop your buttocks up and down in sync with the music beats. But for beginners who aren’t used to the popping motion yet, you can just wiggle your buttocks around while in the stance!

The wall twerk is a little more challenging to learn than others since it requires not just fluid motions in your lower body (hips, buttocks) but also your upper body.

So, before practicing this form, we recommend you practice and master the other two first.

Now that your buttocks are elevated start shaking them to the beat of the music!

Since this is more physically demanding than other forms of twerking, most people can only maintain this pose for a minute or two.

Don’t try to stretch yourself way beyond this point! If you feel tired, get down from the wall. Remember, your head is facing downward. If your arms suddenly become exhausted and drop, there can be injuries.

How To Do The Twerking Dance?

But what are the true basics of the twerking dance?

In that case, there are only two things: the squatting and the buttock-shaking motion. No matter what style you pick from the three above, these two elements will always be present.

As a result, if you want to be a good twerker, you absolutely need to practice these two motions as often as you can and master them.

Ideally, your buttock-shaking motion should be fluid and not forced. The more flexible your buttocks are, the more “successful” your performance is going to be.

Since the twerking dance is rhythmic and has a provocative nature, you’ll want to pick music that has more bass than treble.

Genres such as R&B, Hip Hop, Afro-fusion, and Caribbean-based music are the best suited for such dances since they’re upbeat, have a high tempo, clear rhythm. And the lyrics can be pretty saucy, too – adding even more emotions to your dance!

Rihanna is a Grammy award-winning singer and performer who is widely regarded as one of the best twerk dancers of all time. Many said that her skills can be attributed to her Caribbean roots.

She incorporates the dance into some of her performances and music videos, such as her Work and Pour It Up MV.

Miley Cyrus is one of the pop artists to bring the twerking dance mainstream when she performed with Robin Thicke at the 2013 MTV VMAs.

Founded in 2005, The Twerk Team (Lady Luscious and Mizz Twerksum) grew famous after posting some of their twerking performances online. They are now often contracted by hip-hop musicians to appear in their music videos.

Amber Rose is another celebrity known for her twerking skills. She’s the wife of the famous singer Wiz Khalifa and has posted videos of her twerking in her wedding dress.

Most people seem to think that the twerking dance is all about being entertaining or flirting with other people at clubs … not so!

Because twerking uses up many of your muscle groups and involves vigorous exercises of these muscles, the twerking dance can actually be used as a form of exercise and sport. There are even health benefits to it, as well. Here are a few.

Twerking is basically squatting with extra steps. When you twerk, you have to lower your body and strain your thighs and buttocks for a long time. Add in the gyrating, shaking motion of your hips, and you have a full-on exercise for your lower body!

If you do this regularly, the twerking motion can help to firm and tone the muscles in your legs and glutes. If you’re looking to tone down your legs and buttocks, the exercise will also help you burn excess fat in these areas.

If you find twerking fun and entertaining … go ahead! Many people have a good time shaking their bodies to the catchy beats of music, which can be extremely stress-relieving.

Twerking is a pretty sensual dance. In fact, it’s made to be as sexually provocative as possible. That’s why it can also be used as foreplay in the bedroom and it can be arousing for both the giver and the receiver.

Many people have this misconception that twerking is a shallow, no-good dance. But, as you can see, that’s far from the truth. It’s a cultural aspect for an entire city and community, and twerking – other than being fun to perform at parties and events – can also be a healthy way to exercise your body.

We hope this short article on the twerking dance origin has given you a better appreciation of this simple, yet powerful dance!

If you have any other questions about the twerking dance, be sure to let us know in the comment section below. We’ll try and get back to you with the answer as soon as we can!