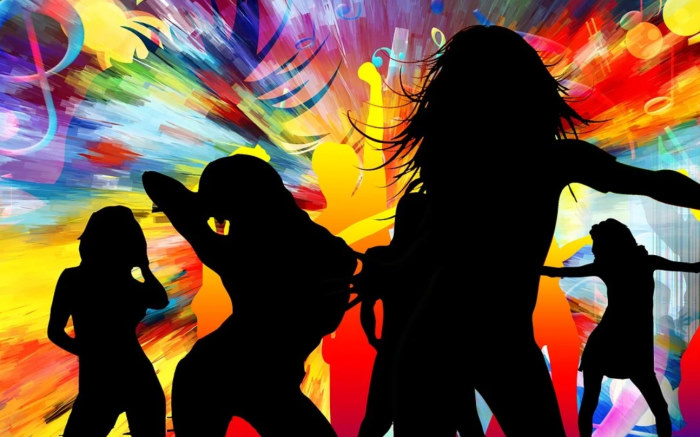 Many people consider disco to be a relic of the 70s and 80s, but it’s still alive and well in this day and age. In fact, disco dance and music have recently undergone a revival. People now became taken once more by the energy of disco dance moves.

If you’re one of many who just recently discovered the magic of this dance and would like to take a shot at it, this guide can help get you started. Whether you’re practicing by yourself at home or with an instructor, try out one of these basic disco moves. They’ll give you a solid foundation and will give you the opportunity to try more advanced techniques later on.

Of course, after learning a couple of tricks, you can confidently perform on the dance floor, as well!

This is an incredibly iconic move. Daresay, it’s the signature dance move for disco after being popularized by John Travolta and Saturday Night Fever.

The Disco Finger doesn’t use a lot of the body from the knees down. Instead, the focus is on the hips and one hand. Extend your index finger (of any hand). Then, move your hand upward and downward in a diagonal movement. As you do, thrust your hip from side to side.

It’s a fairly simple move. So, at most, you’d be able to nail down the pattern in an hour or two of practicing in front of the mirror.

Another iconic move in the disco world. Though it is simple, the move is fun to do and can display a lot of energy and openness on your part.

There are two counts to the Double Arm Swing. The starting position is a quarter turn to your left side with your left foot.

Repeat to the beat of the music or as fast as you can, depending on your mood.

Like other moves in disco, the Bus Stop is simple, yet fun. Typically, it is performed on the backing of Are You Ready? (Do The Bus Stop). But really, you can use it on any fast-tempo disco song.

Compared to the Disco Finger or the Double Arm Swing, the pattern is a bit more complicated. With a bit of practice, it’ll become natural in no time.

It’s a pretty long-winded pattern, but take your time and practice. You’ll be able to get the hang of it a few hours in.

The Snap, also known as the “Hip Check”, emphasizes the movement of the hips area. If you’re looking for a sensual move that can show off your body as well as your nimbleness, it’s a good one to try.

Repeat the pattern from the beginning and keep it going to the rhythm of the music.

Do note that the Snap is a very fast-paced move, which can make it pretty challenging to master at the beginning if you practice at full speed. Instead, we recommend going slow at first. Practice at half the normal tempo and gradually speed it up when you become more familiar with the pattern.

This is one of the more difficult moves in disco for beginners as it requires some coordination. If you’ve had experience with dancing before, you probably would be able to nail the Elbow Pull in an hour. For those who don’t, you’ll need a few hours to get into the rhythm.

Repeat the pattern to the beat of the music (or as fast as you can!)

The arm tends to be the most difficult part of this move. Most people will feel a bit awkward at first while practicing the arm motion. So, we suggest that you start first with the arm. Once you get used to the pulling-punching motion, then add in the hips and the legs.

To learn and perform the Bump, you’ll need the help of a partner. It’s pretty easy and fun to do (especially when you do it with someone you’re romantically interested in, but it can also be done with a friend).

Dance freestyle however you wish on the dance or practice floor. Then, when it’s time to pull this Move (signal your partner), swing one side of your hip towards your partner and bump it with theirs.

Quickly swing your body to the opposite direction and bump the other side of your hips with your partner. Repeat!

Your partner should also mirror your movement and, ideally, you two should be bumping your hips together in tandem and to the beat.

The Get Down traces its roots back to African dances. This move requires you to keep your legs wide apart. Then, bend at the waist area and knees to get down as close as possible to the floor.

Everyone’s probably heard of the YMCA by The Village People before. And if you do, you most likely already know this classic dance, as well.

It’s so popular that it’s not just done in the disco circles these days. It has long since evolved into an Internet meme, so you can see people busting it out at various popular events like school dances and sporting events.

Of course, this dance is best done on top of the YMCA song.

The dance itself is pretty simple. You just have to move your arms and twist your body to spell the letter “Y”, “M”, “C”, “A” with your figure.

Although it’s not exactly required, whenever people come together to recreate this dance, they always scream the lyrics at the top of their lungs. So, we suggest that you do the same, as well, when you get the opportunity! It’s a lot more fun that way.

This is one of the most famous disco dance moves from the 70’s.

The rise of the Hustle began with the chart-topping song “The Hustle” by Van McCoy and the Soul City Symphony in 1975. Because of its massive popularity, the Hustle has had many different variations since 1975. As a result, the original version is often referred to as the “Retro Hustle” to distinguish it from newer versions.

It’s a simple sequence of movements that includes taking three steps forward and three steps backward. In the process, you’d also be doing extra movements like pointing your finger skyward and weaving your fists together in circles.

Some people think it looks a bit silly … but just like everything in disco, the point is maximum fun value. Plus, since the move is done on an 8-beat count, it can actually fit just about any disco song on the catalog!

The Funky Chicken is better known by its other name: the Chicken Dance.

As far as being silly, this is probably among the silliest moves in disco. However, at a party or on the dance floor with other people or with friends, it’s extremely fun.

To make the move look better, you can add some lower body movements to it. When you bring your elbows up, bend one of your knees and swing your foot out. That would rotate your hip.

When you bring your elbow back in again, switch out the foot.

For this move, you need a partner.

Grab both of their hands with yours and grip tight (but not too tight!).

Then, walk around one another to the beat of the music. Depending on your mood, you can steer both of you in a clockwise or counterclockwise motion.

Since this move will require some flexibility on your part, do a quick warm-up first before you try it.

The move would make you look like a ballet dancer on the stage!

The Electric Slide is popularized by the song “Electric Boogie” by Marcia Griffiths and Bunny Wailer.

Repeat the grapevine but to the left instead of the right.

Once your left foot hits the ground, immediately pivots to the left by 90°. To make it more aesthetically pleasing, you can kick your right foot up and brush the ground with your heel as you pivot in place.

Repeat the steps until the music ends!

Disco is often seen by people nowadays as “old people” dance. But that’s entirely untrue! Head to a club with some friends and use up all these disco dance moves. You’ll be able to see for yourself just how fun this dance can be!