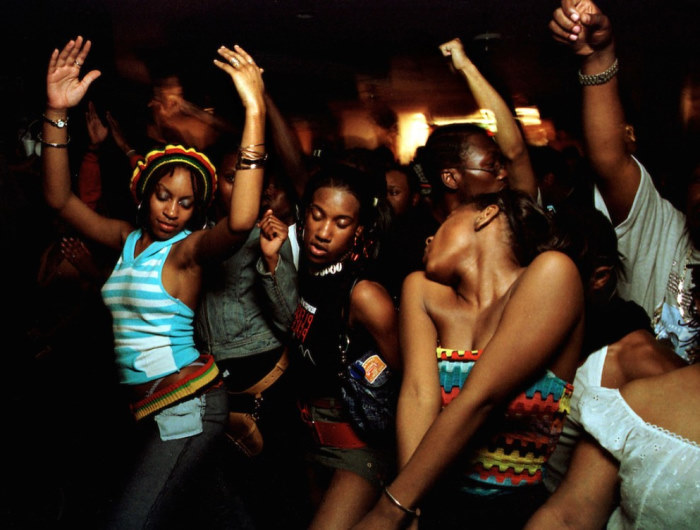 When you want to have a good time, rave parties are almost always a top answer. If you’ve never been to such a party before, the scene can look hectic and a bit intimidating.

But really, though it may look complicated, rave dance moves are actually pretty easy to learn. Rave is different from other forms of dancing in that it’s a free-form, improvisational dance. In theory, you can dance however you want. There’s no “wrong moves” here.

Nevertheless, learning some basic, popular dance moves can build up your confidence and allow you to enjoy the party more. This guide can show you the gists!

For newcomers, it can be beneficial to learn these basic types of rave dancing. It will give you an idea of how to start when the music comes up and you’re on the stage. The extra confidence that it gives you will be an added bonus, too.

The Running Man is a move that you can pull when you’re stuck in the middle of a large crowd of ravers. Aside from being simple, you also have the added benefit of it being a static dance move. You merely dance in one spot without moving.

There are two counts to this move. When practicing at home, start slow and say each count aloud. Progressively get faster until you feel natural.

To make it easier to visualize the movement as you practice, imagine you’re walking or running in place. That’s exactly what you’re doing, anyway! 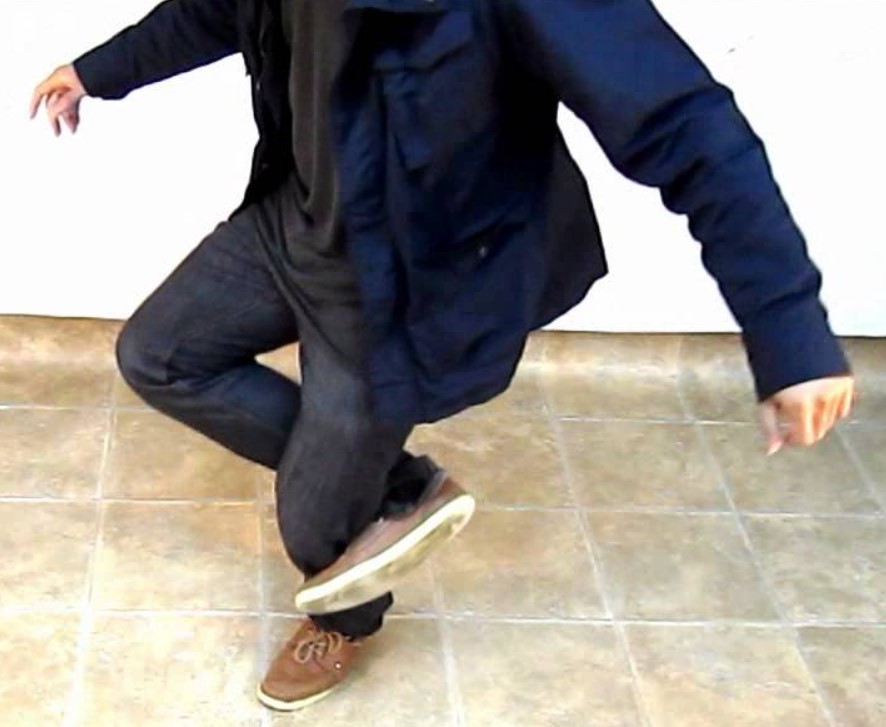 Hop up on your right foot, then cross your left foot in front of the right and tap it on the floor. Repeat this motion with the other foot using a double hop.

If you want to add a bit more flair to the movement, you can cross your foot once, then shoot out to the side. That will make the dance a lot more exciting.

The basic description for this style of dance is hopping and jumping around with your foot raised, while your arms are kept hanging loosely by your sides. A simple beginner pattern involves five counts.

You can repeat this simple dance sequence how many times you wish. You can mix up the movements or combine them with other moves to flesh out a jump-style dance routine of your own.

Jumpstyle is best done to the beat of hardstyle or gabber music, with a tempo ranging between 140 to 150 BPM.

Similar to the Running Man move, the Apple Picking Move is very easy to learn and highly visual. When you dance, just imagine yourself plucking an apple from a tree overhead.

Do anything that you can do, so long that it suits the beat of the music and the mood.

If you practice in front of a mirror, the dance could look a bit silly. But don’t worry, that’s part of the magic of a rave dance (and a rave party). You’re not at all expected to look good. The “prime directive” is to have fun!

Now, we’re not going to lie to you: the Melbourne Shuffle is a pretty advanced move. As such, don’t be discouraged if you don’t nail it on the first try. If you’ve had previous experience with hip-hop or breaking, learning this move would be a lot easier.

The Melbourne Shuffle is basically a mixture between the Walking Man and the Moonwalk. It involves very limited movement of your upper body. Most of the magic is produced by the legs and the arms as they sway in a natural, yet fluid, walking motion. Typically, the dancer will first face a singular direction before they begin to dance.

It is considered a flat-footed, stomping dance. While you’re caught up in the music, you can also add in pirouettes when the beats suit the move, too.

Do note that the Melbourne Shuffle takes up a lot of space. If it’s too crowded around you, it’s best not to execute it. You’d be at risk of colliding with somebody. In case you do want to try it out, you should seek a sparse spot in the crowd.

House stepping, like its name suggests, is best done with the backing of house music (Progressive House, Electro House, et cetera). This dance move simply involves raising your left and right foot up and down to the beat of the music. Your arms should be raised and your elbows tilted.

House stepping resembles Latin dance and Tap dance. Plus, since it requires a lot of upper-body movements, house stepping is basically the mirror opposite of the Melbourne Shuffle.

The Liquid Movement is definitely the toughest rave dance move that you can possibly learn. It’s most suited for people with high flexibility and previous dancing experience.

Liquid Movement is an off-shoot of more traditional break-dancing. When you’re breaking, popping and locking with your feet and hands are expected.

Not so with Liquid Movement. The moment you look too mechanical while executing this move, you’d look out of place immediately. Liquid Movement is all about dancing as fluidly and as naturally as possible to the music, which is why experts at this dance move are often called “octopuses”.

Liquid Movement uses the entirety of your body to simulate the sense of fluidity, which is why a high degree of body flexibility is required for people hoping to execute this dance move.

The Stomp is yet another simple and visual dance move. Imagine yourself treading on thick snow. Move and stamp your feet from side to side to the beat of the music.

That’s all there really is to the move. It’s a great opener or beginner move. Combine this with the Running Man or Apple Picking and you got yourself a pretty solid basic rave dance routine.

For Glowsticking, you’re going to need some extra accessories. Particularly, you will need some glow sticks (also called rave lights). They can be battery-operated or chemical glow sticks. It doesn’t really matter so long that they glow.

Hold one stick in each hand and dance. Usually, glow stick dancers favor Liquid Movement dance. The fluidity of the dance, when combined with the glowsticks, makes them truly alluring on the dance floor. Even though raves aren’t really about attracting attention, if that’s what you set out to do, it’s a sure-fire way to attract the eyes of other party-goers.

Experienced glow stick dancers may swirl or juggle the sticks around to create a visual feast for other guests. Some attach glow sticks to thin cords and spin them around to create beautiful wheels of light in time with the beat of the music. This type of dance is called “poi”.

If you manage any of that, you’d definitely be the star of that night’s show.

Glowsticking is one of the four light-oriented dances out there.

Gloving, like Glowsticking, is a light-oriented dance. Instead of using glow sticks, the dancer uses small LED lights attached to their fingertips (hence the term gloving) to make attractive visual patterns.

Liquid and digits moves, for example, where you move your body fluidly while also constructing hypnotizing patterns with your finger digits. Finger tutting is also worth looking into if you’re serious about learning Gloving. It’s a dance style that involves intricately moving the fingers around, which will be further accentuated by the fingertip diodes.

Hakken is a dance style originating from the Dutch hardcore and gabber dancing scenes in the 1990s. The term Hakken is derived from a Dutch verb, which means chopping and hacking.

Basically, the dance is a derivative of zapateo, but with fewer airborne movements. You perform tiny steps with your feet to the rhythm of the bass drum in the music.

Similar to the Melbourne Shuffle, the lower body plays the most important role in this dance style. However, it’s not unusual for Hakken dancers to incorporate their upper body movements into the routine, too.

Hakken is a very high-speed dance. The music (called hakmuziek) can have a tempo as high as 190 BPM. It’s going to take some work to be able to catch up to the beat.

Focus On The Music

The music is the most important part of the raving experience. Let the music take full control of your movement. Listen to the beat and let the rhythm and the inspiration take over you. Swing your arms, move your feet, and sway your body in a way that makes you feel most comfortable with the music.

Don’t mind people observing you too much. Once again, the important thing is to have a good time!

Raves are all about letting loose. If you look too mechanical or rigid in your movements, you’re not experiencing the party to the fullest. Plus, rigid movements look very awkward on the dance floor. The more relaxed you are, the more beautiful your movements will be.

It’s entirely okay to feel a bit uncomfortable and self-conscious if it’s your first rave or you’re a naturally shy person. In that case, we recommend attending your first-ever rave with friends or people you trust enough to let loose around. Once you’ve become more comfortable, think of attending or dancing solo.

Pay Attention to What Other People Are Doing

Raves are a social event, so keep an eye out for other people in the crowd. Look at what others are doing. When you find yourself out of ideas for your next move, imitating others is a good tactic to fall back to and keep the fire going.

There’s really no framework or structure to rave dancing. It’s all random up there and you can dance however you like. If you want to put a lot of effort into your dance moves, practice by yourself at home and watch plenty of videos online.

Once you’ve mastered some basic moves, think of improving on these moves with your own twists. Be creative! Who knows, maybe you’ll end up inventing a dance move that ravers in the future will learn about.

Raves are an excellent way to let loose and have fun after a hard week. Allowing yourself to get lost in the music and the intense energy of the night is a wondrous feeling. With these basic rave dance moves, you’re more or less ready to attend your first of many rave parties in the future!

Hopefully, this guide has served you well. If you have any other questions you’d like to ask, leave them in the comment section below and we’ll get back to you as soon as possible.